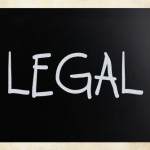 According to Toledo attorney, Stephen Pennington, there are some fundamental legal concerns that every woman should understand, plan, and prepare for in order to best protect her financial assets in lieu of a possible divorce, death of a spouse, or for simple common sense financial survival. It is noteworthy that each of the potentially troubling monetary difficulties cited below arrives at a time when a woman is simultaneously coping with personal loss and pain, thus underscoring the need to take preparatory measures well in advance such major life events (upsets). For every woman who does prepare, there are countless more who do not and who pay the price both financially and emotionally.

Howe has also published eight books for women including: