You are here: Home » Advice and Tips » About Parenting » Dealing with a Stubborn Teen 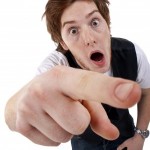 Teenagers can give most parents nightmares and an argumentative teen, who will not back down is not easy to handle, especially for a single mom. Arguments are no good and just like you do not like to hang out with people who argue with you all the time, similarly your teen is going to avoid you if the kid begins to associate you with negative feelings. However, as single parents we need to set rules for the kids and when it comes to teens years, these rules do get difficult to reinforce. All the same arguing is not going to help.

The question now is how can one deal with a stubborn teen so that we do not break the teen’s spirit and yet keep the teen out of danger. Some tips listed below will help in this area:

The teenage years are not a cake walk for anyone and expecting your teen to always toe the line is unfair. If you have a stubborn teen on hand, don’t loose your cool but instead adopt a mature and reasonable approach and in cases where you are sure of your point, dig in your heels and drive the point home.