You are here: Home » Dating Advice and Tips » Dating and Relationships with Kristy » Explaining a Breakup to Your Children

How do you explain to your children a breakup with a guy who became involved in their lives? It’s one of those situations that you don’t realize just how difficult it can be until you’re in it. Kids of any age can become easily attached to a man that you bring into their lives and even if they don’t seem to love him like you do, it can still be hard for them when you two break up. 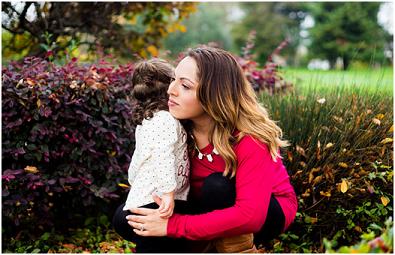 I’ve always been very cautious with who I bring around my children, possibly to a fault. They’ve only met one guy that I’ve dated since my divorce 3 years ago. I was convinced though that this guy was special. That he was going to be around for quite a while if not the rest of my life. Of course I was a little nervous at first but once I saw how wonderful he was with them and how much they enjoyed being around him, my hesitations soon disappeared. My children absolutely loved this guy and they asked on a daily basis if he was coming over to see them. It was such a great feeling to see how close they were becoming so when we broke up, it was a complete nightmare. I was faced with the dilemma of telling them vs. just letting it go without mention in hopes that they would soon forget about him. Unfortunately though, they didn’t forget. Once they realized that he wasn’t coming over anymore, the questions began and finally I had to tell them. My daughter switched the blame and anger from me to herself. She cried and told me that he didn’t want to come over because he didn’t like her anymore. It broke my heart to see how disappointed they were. So how do you explain a breakup to your kids? Here’s what I learned.

First, take care of yourself. I always tell my single mom friends that they have to take care of themselves before they can take care of their children. There’s no rush in telling the kids that you and lover boy are over. Give yourself a few nights to feel whatever it is you’re feeling, anger, sadness, disbelief, excitement or bitter sweet freedom. Let it sink in that this is real and not just some stupid fight that will blow over and leave you guys together again. Comfort yourself in whatever way you need to. Then once you’re feeling a little more stable and grounded, you can take on the challenge of breaking the bad news to your kids.

Understand it’s not your fault. I felt so guilty for taking him out of my kids’ lives. It felt like I was cruelly forcing them to leave their best friend. Unfortunately people come and go and hearts are broken. This is a part of life that can’t be avoided. Your children will be sad but remind yourself that you are going to have to make decisions in life that will hurt them in the beginning but benefit them in the long run. The last thing you want is to stay in an unhappy relationship or try to somehow keep a man who isn’t committed 100% in their lives just so they don’t have to deal with the heart break of losing him. Chances are if you take this easy way out, he’ll only hurt them more in the long run. Remember that you’re only looking out for yours and their best interest and it’s not your fault.

Stay neutral when you tell them. Try to keep your emotions in check and your demeanor neutral and open. If you start balling and act like the world is ending, your children will be greatly influenced by this. Children learn their coping mechanisms by watching us so if they see you explain and handle the breakup in a calm controlled manner, they will learn to handle heart break in a healthy way. Also, if you stay neutral and open, they will feel open to discuss their feelings with you. Breakups are very emotional and it’s hard to not break down and cry when talking about them. My best advice to stay calm when telling the kids is to not overthink it. Don’t start delving into the fragile memories. Focus on your breathing, think about the vacation you’re planning or your favorite candy bar or whatever keeps you focused and in control.

Allow a Q&A and stick to the facts. Your children will more than likely be curious and full of questions. Let them ask their questions, this is how they deal with what they’re feeling. But since children don’t understand the complex emotions involved in the breakup of a romantic relationship, it’s best to stick to the basic facts of things. Like when my son asked why we broke up, I told him that sometimes things happen that cause two people to be unhappy together and since we love them and want them to be happy, we have to let them go. Simple, soft and to the point. There’s no need to explain the nitty gritty emotional details of your breakup. Kids need things brought down to their level if possible to help them understand.

Do not bash your ex in front of the kids. I see this all the time and honestly, it sickens me. If you’re going to sit there and call your ex a jackass or tell your kids how he never deserved you and them in his life or that he went and loved another woman behind your back and the breakup is all his doing then all you’re teaching them is hate. Sure, you may be heartbroken and angry and it may actually be completely your ex’s fault but remember the bigger picture. This is an opportunity to teach your children an important lesson in life…forgiveness. Show them that even though you’re hurt, you can rise above your hurt and still care for him. Once you’re away from the kids, feel free to lock yourself in your room and beat up your pillow or swear to God that you’ll never fall in love again but please spare your kids from the stress.

Don’t mention him anymore. Once you’ve talked to your kids about your ex, don’t mention it anymore. Move on. Your kids need to move on to and this won’t happen if you’re still verbally reminiscing about all the good times you had together. However, if your children ask about him then answer them. Don’t brush their questions to the side but again, stick to the short and sweet facts.

If they get upset, let them know that is okay. Try to stay cool and in control but if your kids do express sadness, let them talk it out and tell them that you are sad too but that everything will be okay. Remind them that we all get sad sometimes. Show them how to cope by encouraging them to tell you how they’re feeling and once they’ve gotten it out, do something to get their mind off of things. I remember one time when my daughter cried over my breakup, my son and I embraced her in a group hug and she cried for a good half hour. After that, we all went to the movie and had a great rest of the night.

Most importantly, be careful of who you bring around your kids. Intuition is a mother’s best power. If you don’t feel its right to bring the guy you’re with around your kids know that you don’t have to have a reason to justify this. If it doesn’t feel right, it isn’t right. Don’t be in a rush. Take it slow and solidify the relationship between the two of you before you embark on a new one between him and your kids.