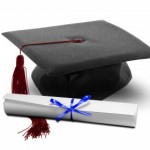 It was a warm June evening and in St. Petersburg Florida when I say warm I mean hot and humid. The sky was fairly clear when we left the house to head over to the high school.  I had been preparing myself for this day.  My youngest son would be walking across the stage to receive his diploma.  Matthew and I had gone out before the big day to purchase a new outfit and get his hair cut.  He had hung up his gown to release the wrinkles and had tried on his cap to make sure that it fit.   My parents had flown in from Michigan to attend the ceremony and were staying at a local resort on the beach.

We all went out for dinner before the big event.  The ceremony was set for 8 o’clock in the evening.   It was going to be held outside in the football field behind the school.  My oldest son dropped us off near the school around 7:30.  Crowds of people were milling around in the heat.  Mothers and Grandmothers decked out in colorful dresses and high heeled shoes.  Fathers, dressed up in suits and ties, looking proudly down at the field to see if they could spot their child.

There were steel bleachers on both sides of the field.  A large portable stage and wooden folding chairs were placed in the middle of the field to accompany all the graduates and their teachers.  A small band of about 50 students began to play as the graduates walked out.
The sky looked ominous and dark.  The graduates marched out to take their seats, and cheers from the crowd rang out as family members and friends spotted their graduate.

The ceremony began.  A chorus of younger students sang “We’ve Only Just Begun”.  Then it was time for the Valedictorian to speak.  It was about this time that we felt the first raindrops on our heads.  “It’s only a sprinkle,” I said.  “We will be fine.”  But the lightening that accompanied those rain drops told a different story.  What should we do?  A few people had brought umbrellas, most of us had not.  Another song, another speaker, and another flash of lightening.  My father made an executive decision.  We need to get off these bleachers now!  By the time we had reached ground level, the heavens had opened up, and sheets of rain poured down on all of us in that football field.

The graduates shrieked with joy, threw their caps up in the air, and ran off the field with the rest of the crowd.  The rain continued to come down in torrents!  My parents and I were able to find shelter in the concession stand until the worst of it was over.  Then we walked back home finding Matthew along the way.

What a night!  What a crazy crazy night!  All of us were a soggy mess.  Everyone in their pretty dresses, suits and ties, were completely drenched.  A mass exodus occurred through the rain, and no one that attended that particular graduation ceremony will ever forget it!

There was no backup plan that evening.  No Plan B.  We were all just caught in the downpour.  No way out.  No way around it.  No way to avoid it.  It came out of nowhere, hit hard and heavy, and then it was gone.  Just like life.

The experience of Matthew’s graduation is a wonderful metaphor for life.  We can plan, anticipate, and work hard.  But sometimes the rain just comes.  It just comes.  And we have no control over that.  The only thing we really have any control over is how we react to it.  Do we get angry, frustrated, or upset?  Maybe.  But the rain is still going to come.  And all we can do is get drenched, live through it, and learn from it.

Matthew’s graduation could have gone without a hitch as most of them do.  But then there wouldn’t be much of a story to tell.  And the really great thing is that every one of us that was there that evening will tell it just a little bit differently.

In all our lives, a little rain must fall.  And in some lives, more than others.  I acknowledge that.  But rain can be the backdrop of some of our greatest experiences.  Not necessarily great in the event itself, but great in the knowledge that we gain, the wisdom that we acquire, the character we develop, and the story we have to share.

God Bless the Graduates
God Bless Matthew
May their stories be rich and vibrant, and may they always learn from the showers in their lives.