You are here: Home » Dating Advice and Tips » Dating and Relationships with Kristy » My Personal Guide for Single Moms Dating Online

Have you ever wondered about online dating websites? Maybe you’re even thinking of trying one or you’re on one but not having any luck. Being a single mom you barely have time to catch up with your best friend over coffee once a month let alone dating! We don’t have the time it takes to get to know someone enough to decide if they’re a possible candidate. This is exactly why online dating sites are perfect for us! 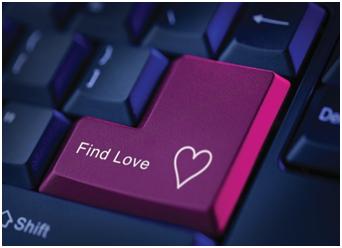 For the longest time I thought online dating sites were for the unfortunate crowd who couldn’t get their own dates; The ones who weren’t the popular kids in school, but secretly I was very curious about them myself. So I tried it. It was actually a lot of fun and after about a year, I had gone on quite a few really fun dates, some not so fun ones that made me want to run for the hills and I was in two relationships with men I’d met online. I learned a lot about the online dating world too! And I would never send any of my friends into unchartered territory unarmed. So here are my personally learned online dating tips to help you be a successful online dating single mom.

Create an intriguing profile. Your profile is what will inspire a guy’s interest in you. It has to be authentic and unique. Don’t be afraid to be yourself and be vulnerable. Put your true values, interests and passions on display and be yourself. Guys would much rather talk to a girl whose lifelong dream is to go to Mars and discover Martians than become a supermodel.  To you that may seem nerdy and embarrassing but to him, it’s interesting and intriguing. It opens up all kinds of possibilities for first date conversations. If your profile sounds like everyone else’s, guys will pass you off as cliché along with all the others.

Write a positive profile that is light and happy. Don’t write about how your ex-husband is an asshole because he cheated on you with your best friend who is younger and prettier and left you heartbroken and all alone. This is not the place for a pity party. People are attracted to happy people who enjoy life and don’t let life’s storms get them down so write about the things that make you happy in life such as your career or daydreaming about all the exotic countries you want to visit. A little hint…if reading your profile makes you smile, he will too.

Write about what you want, not what you don’t want in your profile. Again, you need to keep your profile positive. Write about what you want in a relationship. If you want someone who desires to travel like you do, then write that because if you write about it on your profile, men are going to automatically assume that it’s a part of your life. I remember going through quite a few guy’s profiles that would say things like “I don’t want any drama” or “I don’t want any financial problems” and I would immediately delete them from my search because if they’re including this stuff in their profiles then chances are these are real problems that they have in their lives and I don’t want any part of it.

Don’t give out too much information up front. When I was dating online, I never ever told men up front that I have kids and on my profile, I just left that area a gray one. Unfortunately, there are child predators and psycho’s alike who are on these sites to prey on vulnerable women. They will tell you exactly what you want to hear and their biggest goal is to earn your trust. Once they’ve earned your trust, the door is open for them to hurt you and your children. No, I’ve never had any personal experience with this but I was always very careful too. The closest I got to identifying myself before a few dates was what state I live in. Once I got to know a guy a little better and I saw that he was putting effort into getting to know me because he was genuinely interested, I let him know that I was a single mother. Just be careful and remember that any information you put on these sites is accessible by anyone out there.

Be picky in your search. One of the best things about online dating is you have the ability to weed out all the guys who don’t tickle your fancy. In real time, you have to put in some work before figuring out that he lives with his mom’s basement and doesn’t own a car. With online dating, finding an ideal candidate is as simple as filtering your search. You can be as picky as you want and since you’re paying for it, you may as well be!

Let your interest be known but not aggressive. I know there are a lot of articles on online dating out there that say you should be the first to initiate contact with a potential interest but from my personal experience, men love to chase and if you are too aggressive with initiating contact, you’ll cause him to lose interest before he ever had any. The trick is to come across as a highly in demand woman with options who may or may not be interested and the only way for him to find out is to chase you. How do you do this? It’s easy! Imagine you’re at a bar and a really hot guy sits next to you. What do you do? You smile at him right? This encourages him to make his move. Well in the online dating world, a smile is the equivalent of a “wink” or a “first question” or whatever cute little invitation your specific site uses. Or maybe you read in his profile that he’s a huge fan of the Lord of the Rings trilogy and you are too! So send him a quick one sentence message asking if he’s also a fan of The Hobbit. By doing this, you’re not coming across desperate and aggressive. You’re just letting him know that something about him caught your eye. He’ll be curious about you and will want to find out more about you. Remember, men are hunters by their primal instincts so let him hunt before he knows he’s caught you.

Keep emails short and sweet. Once you’ve both established interest and you’re emailing each other, the last thing you want is to get stuck in an online relationship. You want to move it to the next stage which is meeting in person. So if you start sending him lengthy emails that give away everything there is to know about you why is there any reason for him to meet you in person? Not to mention, guys don’t want to read a novel on your life. Men want to experience who you are so intrigue his curiosity by being a little mysterious.  A good way to stick to this is by mirroring him. If his email to you is only three sentences long, then keep your reply no longer than three sentences.

Don’t be the first to ask for a date! Maybe it’s just me but I like to be pursued. And from what I’ve found, men like to pursue. It makes them feel in control and they’re much more likely to put effort into dating you if you sit back and let them do most of the work. So do not ask him out first! If he’s honestly interested in going out with you, he’ll ask. It may not be in the first email or even the second but if you ask him out first, chances are he’ll see you as being aggressive and lose interest. Once he asks you for a date, reward him with a little sweetness not crazy excitement like you’ve just won the lottery! Give him an answer such as “Yes, I’d love to go out with you”. With an answer such as this, you’ve just stroked his ego a little.

If he hasn’t taken the next step after 4 emails, cut him loose! Remember that you are a woman with options and you are in high demand. You don’t have time for him to be a pansy and take his sweet time getting to know you through numerous emails before asking you out because there are plenty of other men out there who are worth your time. When I was dating online, I don’t care how interested I was in him, if he didn’t at least ask for my number by the fourth email, I cut off all contact. Why? Because I found myself wasting so much time emailing some men who never intended on taking things further. It could be that he is one of those creeps that already have a girlfriend and he’s on a dating site just to “sow his wild oats” or he doesn’t have the confidence to ever ask you out. Whatever the reason, I found that if a guy doesn’t take the next step by the fourth email, chances are he’s never going to and you should move on.

Pre date before a real date. Once the two of you have finally decided to meet in person, the real pressure begins. What if you’re on your first date and ten minutes into it, you find yourself tempted to run for the exit sign? But you feel obligated to endure the whole dinner date and the awkward goodbye afterwards masking sheer agony with a smile because you don’t want to come across as rude. That’s why it’s a good idea to meet for a quick and casual “pre date” first. It’s a chance for the two of you to get a first impression and see if it would even be worth your time to go on a real date. Plus if you leave the “pre date” feeling good and smiling, then you can enjoy the anticipation of an amazing first date instead of the worry that he may be a total frog.

For me, when a guy would ask me out, I’d kindly suggest meeting for coffee first so we could “get to know each a little better” and I found that guys loved this! It took pressure off of them and allowed them to reveal more about who they really are on the first date.

Remember to have fun! Dating, whether it be the old fashion way or online is a lot of work and pressure but more importantly, it’s a lot of fun. So let your hair down, paint your nails red, grab a glass of wine and start typing! Oh and if you want my personal recommendation, try www.match.com . That’s where I had the most success and there are some really good men on there. Stay away from Plenty of Fish and Zoosk because while they’re free, I found those two to be “hookup sites”.