You are here: Home » Single Mom Stories » Not Single Mom, but Double Parent 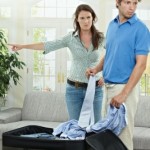 I did not decide to be a single Mom. I actually had a Cinderella plan all worked out, but the update caught a virus and my prince-charming story went down the pooper.

I was not a single Mom to begin with. Like many others, there was a man by my side when my baby was born. But like not many others (I sincerely hope so!), that man was unwanted, he carved his presence beside us with a razor blade through my skin. It took nearly six years to rid my life from his negative influence.

If I dig for some advantages to my sad start into motherhood, I find that, even though I had to go back to work six weeks after giving birth, I did not have to worry about child care. Well, truth be told, I did worry, because the so-called “carer” was more like an obscure mix between a fairy tale sorcerer and Blue Beard. But this situation, as dreadful as it was, spared me the exhausting runs between work and child care institutions.

Better alone than in bad company

A French saying that I chanted day after day, and I indeed must admit it is true for me. My little boy had to suffer nearly six years of violent outbursts, manipulation and confusion. Now that we are alone, he misses a father figure, but he has a strong mother and a vision of happiness he had never had before. He can develop his trust in life.

I oscillate between “playing” father and mother at times, and I also try and show him the undeniable advantage for his development because he is growing up with only one parent.

Being a mother comes naturally. Call it instinct or nature, but when he cries, I comfort him, and when he is hungry, I feed him. A mother knows how to deal with the basic needs. A father would probably have to take an evening course to know that he should put a jacket on the kid before going out in the cold, or that in order to go to preschool (even if the commute does not involve walking) the child should wear shoes.

Beside the basics, a mother is always there, and no child should have to work hard on knowing the support he can get from Mom. Fathers, on the other hand, have other preoccupations. We are not cave people any longer, so, hunting Mammoths has gone out of the task list, but in the mist of all the male-stereotyped activities some mundane to-dos do not reach a man’s ears as it does a woman’s. I recall my 2-year old asking for the toilets. My ex-husband was sitting at his computer, he did not even turn his head to look at the little boy wiggling beside him “Yes, in a minute!”

I “play” father with my child at times. I feel that he needs to know this world is not spinning on a “ask and you shall receive immediately” wheel, but rather depends on how much elbow grease he is willing to apply on his needs. So, I force myself to delay answering to queries, to ignore some (non vital) requests.

Additionally, I train my son for athletics. During the training, I tune out from my motherly role. I bark my orders and remain deaf to complaints and whining.

Advantages of a single parent home

Since I do not need to divide my attention between children and partner, I obviously have more time for my kid. This has a downside (as do all good things!). When we have a visitor, my son finds it hard to not benefit from the usual 100% attention from his mother.

Otherwise, the relationship is intense, even more so than a “normal” mother-son relationship, and I cannot say that I am not enjoying this for now.