You are here: Home » Single Mom Stories » Soulful Stories On Momhood by Erin » Ode to a Middle Child

I’m a mother of three, and as such, I have the birds eye view of the most talked about “birth order” scenarios ever. Eldest. Middle. Youngest.

All of my children are vastly different than each other, yet each one eerily similar to me. How does that happen? It feels kinda egg-shelly to begin to write about my kids as individuals. I believe that siblings should never be subjected to unnecessary comparisons, yet how can you  then let each one live in and own their individual strengths and talents, without causing the others to feel a sense of lack? It’s a delicate dance for all parents of siblings. 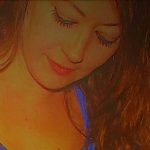 So I write in honesty and gentleness. Or at least, I do such where my kids are concerned, Wink.

I’ve written about my eldest and my youngest a couple of times each. My middle pointed this out to me. So I took time to wonder why that was, why she had noticed I had written about them “more”, and why I had.

Here-in comes the old “birth order case”, the argument that states that part of who we become as people is inborn in us based on where we fell in the family. I’d be amiss to say I don’t see some of those qualities come to life in my own kiddos.

You know what they say. The middle one is the “easiest” child.

My oldest daughter is a natural born diva. She’s almost sixteen now but began telling all other kids and adults “how it is” pretty much the day she started talking, which was way too young for any baby to be talking to begin with as far as I was concerned, ha. My youngest, well, he lives up to every cliche’ in the book as far as the “family baby” goes. I leave the room I’m in to go put a blanket on him when he’s watching tv on the couch. And he’s almost six.

So, see, they give me a lot of material.

And then there’s my middle girl. “Gracie”. Gracie was born sweet, quiet, kind, & helpful. Gracie never caused a stir or got in to trouble like …. ummm … “other kids’ .. ahem,hem.

So there was never a lot to write long, lengthy, soul searching stories about with her. Instead, I’d write quick little updates on my Facebook page about her. How she fixed a toy ride-on tractor that had been “unfixable”. How she completely replaced my laptop screen at the age of ten, when I myself couldn’t figure it out at thirty six. How babies would run into her arms the minute they saw her, and shriek with joy to be near her. As much as I can see myself in all my children, they were each blessed with gifts of which I can’t relate to at all. They are talented beyond my understanding. So as it should be.

I started noticing when Gracie was little that she had this incredibly innate ability to fix things, to understand how things work, to take things apart, and put them back together. This was mind blowing to me as I’ve always been more of a “girly girl” type, quick to shy away from anything mechanical, or tech-y. She would often put things back together for me, or explain them. She would be the plumber’s/mechanic’s/electrician’s helper whenever a male friend or family member was working on something nearby. Many times I heard from them, “I literally couldn’t have done it without her.”

Sometimes I would find little parts & pieces of things around the house and I wouldn’t have a clue in hell as to what they were “to”. It coulda been a toy or a remote part or a piece off a transmission for all I knew, but my little tiny girl would take one look and say “Oh, that’s the clip to such & such” or “That goes on the top of that.” It would astound my meager mind every time.

She was also born with a very maternal nature. She’s a natural born caregiver, and I’d be a liar if I said I wasn’t one of the most lucky recipients of that care. Her brother joined the family when she was only eight, and I was still a single momma, now with three. She helped with everything. She was always right there, lending me a hand with whatever I may need help with, doting on her brother, alleviating my stress tremendously. Tears stream my face when I wonder what I would’ve done without her. I can’t even. I didn’t have to. There she was.

I worried sometimes that she was so mature, so helpful, that it may hold her back from the child stuff, the “her age” stuff. It didn’t. She grew with a defined maturity that I believe will be worth it’s weight in gold. Everyone wants Gracie around. She’s a do-er, get it done, and smile about it kind of girl. She’s priceless.

So she’s been the middle kid for almost six years now. She reminds me of the type of child I was. I was also middle. She’s easy going, and happy. I was those.
Yet I don’t know if I’ve ever met anyone in my life who carries a happy mood as consistently as her. God knows I don’t. I look to her in awe.

As a matter of fact, these days, I’m rather worn a lot of the time. Moody. Bitchy. Stressed. I do have three kids after all, ha. I let life get the better of me sometimes. I look at the sink full of dishes for the third time that day and I wanna cry. I fold laundry in anger at least a pie’s percentage of the time that I do it. I feel beat down a lot, like we all do. I’m tired of always having to do the next thing. There’s always at least twenty next things.

Last nite was just the same. Kids in bed. Time to clean. Dishes done, coffee set. Wandering around the other rooms playing a solo game of “where the fuck does this go”, with the hundred abandoned items from the days activities.

I went to turn off the dining room light. It’s a dimmer switch, with the small little part at the end that you push or pull with your finger to make it go up or down. A few days prior, it had fallen off, and in my usual rush I hadn’t found it, and probably as well as kissed it goodbye. Works without it, but doesn’t look as nice.

So I go to dim the light, and what do my fingers find? The little piece, right where it should be, on the switch.

Even with the constant flow of people in and out of my home I knew immediately who had found it, picked it up, and put it where it belongs.

And I did what I often do when my emotions reach a place I want to try and grasp.

I wrote a poem.

“Ode to a Middle Child”

Someone found the piece off the light switch

in the brush of the nest

& Realizing where it belonged

They lovingly put it back.

This one’s for you, Gracie.