You are here: Home » Dating Advice and Tips » Dating and Relationships with Kristy » Put Yourself First in Dating… No Apologies Needed

Let’s say that guy that you’ve been seeing for a while and really like calls you up and really really wants to see you tonight but you are exhausted and have been looking forward to curling up on your couch and catching up on your favorite Netflix series. What do you do? A few years ago, I would’ve put my alone time on hold to see him. Not anymore… 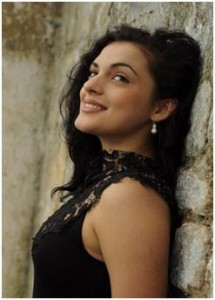 I used to be SUCH a people pleaser. I thought I had to earn the love and affection of a man first and this belief led me to sacrificing a lot of my own happiness. How? When I was really into a certain guy I would put him first a lot of times because I thought this would prove how worthy I was of his attention. I couldn’t see that I was already more than worthy! That I didn’t have to do anything to deserve love.Taking care of yourself first and not apologizing for doing so is the most unselfish and attractive thing you can do in dating. When you fulfill yourself first, you’re at your very best and can give more to someone else.

Slowly I started to feel like a pathetic doormat for men to take advantage of and this led to feeling resentment toward myself. I resented myself for neglecting my happiness. Over the years and after a lot of soul searching, I’ve become the most important person for me to take care of. My happiness comes first and I fulfill it with no apologies. I believe the ONLY way to date is with a take care of yourself first with NO apologies approach. Despite how it may sound, taking care of yourself first and not apologizing for doing so is the most unselfish and attractive thing you can do in dating. When you fulfill yourself first, you’re at your very best and can give more to someone else. The more you love yourself first, the more open you are to receiving love. How can you ever apologize for that?

What do you want? You know that feeling when you do something and completely regret it later? That’s because you weren’t listening to yourself. Perfect example…. A guy I was seeing started pressuring me into being his exclusive girlfriend after only a week of dating. Inside I was screaming “No!!” but everyone kept telling me how wonderful he was and I couldn’t find a good reason to argue that. He was gorgeous, successful, diverse, intellectual and the kind of guy who walked in a room and stole everyone’s attention right away. He sounded like everything I wanted but for some reason he didn’t feel like everything I wanted. Against my instincts, I gave in and quit seeing the other guys I was dating at the time. It wasn’t more than two weeks into this that the heaviness of not putting my happiness first led me to breaking up with him. Had I listened to my heart, I would’ve gently let him down and walked away without a heavy heart. Ask yourself “What do I want?” and if you’re not sure, take your time.

Don’t apologize for putting yourself first. I used to apologize all the time to men when I didn’t do what they wanted. Until I decided that’s it! I’m never apologizing again for doing what I want. You are the most important person in your life and if you can’t take care of yourself first then you can’t give honestly to anyone else. You know your heart better than anyone and you alone are responsible for your happiness. The more you do what you honestly want first, the happier you become on the inside and this kind of happiness is so inspirational to others. You’re no longer a doormat but a very high value woman that others respect and love being around. What’s there to apologize for? Don’t ever apologize for treating yourself like a queen. You are important and your happiness is the most valuable gift you have, not only for you but for everyone.

No need for explanations. Before you give in to feeling guilty and start giving a bunch of explanations for telling him no, understand this. You don’t owe him any explanation! Let’s say he wants to have sex (it’s the first time with him) and for whatever reason you’re not comfortable with it, so you tell him no. The only thing you owe him is a simple “no”. If he asks why and you want to tell him, then go ahead but don’t give him an explanation just because you feel you owe him one. This isn’t putting you first. Ask yourself first if you want to explain to him why. If you do, then do it and if you don’t, simply tell him you don’t want to. It’s as simple as that. When you take care of yourself first, there’s no need for explanation.

What do men think when you put yourself first and don’t apologize for doing so? They are inspired by you! Genuine women who know their worth are hard to find. So when they find a woman who put’s herself first because she values her happiness, they’re inspired to add to your happiness. Next thing you know, they want to know what makes you happy. Men do what they want and they don’t apologize for it because they know that if they aren’t happy, they won’t be able to add to your happiness. They want a woman who is already happy and fulfilled on the inside because they don’t want the pressure of feeling like they are responsible for your happiness. So don’t worry when you turn him down for a date because quite frankly, you’re not feeling it. He may be thrown off his game a little (because he’s used to women saying yes) but he’ll admire you for being honest.

You didn’t become a single mother because you didn’t believe in yourself. You know you have a tremendous amount of confidence in that beautiful heart of yours. So be that rare one of a kind confident woman who knows the value in pleasing herself first. Not only will you feel happier and your confidence will shine but he’ll see you as a prize worth winning.