You are here: Home » Dating Advice and Tips » The Dating Mom's Thrive Guide » Should I Date Or Take A Break? (3)

Biologically speaking, I was in my sexual prime and having always been a passionate woman who had shut herself down for the sake of remaining in a passionless marriage, I was ready to get busy.  And on a more practical note, my daughter was still very young.  She was too young to understand divorce.  She was too young to take sides.  She was too young to resent an intruder who would be taking Mommy further away ‘the possibility of reuniting with Daddy’, as older children often fantasize about.  She was completely open, loving and non-judgmental.  Now was the time. 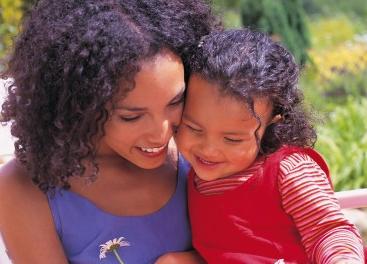 I had a few prospects.  I can attest that humans are simply animals.  While married, I had rarely, if ever, attracted men.  Not that I ever thought about it (or wanted to).  But once, I began making the slow, albeit painful mental decision to contemplate divorce, I suspect that I began to change.  While my style of dress remained the same, I think that I must have begun to radiate a sense of availability (pheromones?  Who knows?), but suddenly, men began to pay attention to me (again).  I also happened to be at the right place at the right time at this point in my life.  As an internet radio talk show host, I was often in the studio.  I also worked in the radio station part-time on the website and had access to the many interesting, accomplished men who came in and out to do business.  Honestly, for a woman ready to make a new start, I couldn’t have asked for a better set-up!

The only thing was: I wasn’t ready.  As much I might not like to have admitted it, I still belonged to my husband.  After years of being a faithful wife, I could not imagine or tolerate another man touching me.  Period.  Not holding hands and certainly not anything else.  Gross.  So while I couldn’t open myself up to dating other men simply by way of my will—because I wanted to, after all, right?  I just realized that I had to take my time.

But, to be honest, I’m not always an advocate of taking one’s time when it comes to entering the dating world.  Sometimes, you just have to jump in.  What are you waiting for?  I remember, in my twenties, when a beloved boyfriend had cheated on me.  I ended our relationship and then declared that I was not going to sleep with anyone for the next year.  I met a guy I liked and we began dating—with each of our dates always ending in a wrestling match on somebody’s floor or couch.  Me, determined to keep my panties on and he determined to, well, you know… Until one night, he said, “Why are you not having sex for a year?  Who are you doing this for?  You or him?  Are you trying to punish yourself?” and that was when I realized that I was indeed punishing myself—punishing myself for having been vulnerable, for having been susceptible enough to trust a cheater.  My sex-sabbatical wasn’t for any type of healing or intention to gain further understanding or anything.  I was angry.  Plain and simple.  And I was punishing myself.

Back to The Dating Mom’s Thrive Guide To Successful Dating