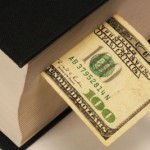 There is an age and a time for everything. My mom would often say this to me and over the years I had come to believe that it was indeed true. In my mind college was for the younger generation. Those in their twenties went to college. They were fancy free and footloose with no responsibilities and were able to enjoy college and yet focus on their studies too. This is why when I was asked at the age of 32 years and after I had delivered two babies to consider going to college, I thought the counselor was a raving lunatic.

I married when I was 22 years old and had two kids in the next five years. At 31 years I lost my husband to a heart attack. With a 8 year old girl and a 5 year old boy to fend for I had no one to turn to. We did not get the life insurance money either since my husband has not listed that he was diabetic and that went against us. Yes there were savings but they would only get us this far and I knew that sooner or later I will have to get back to a job in order to tend to the finances of my family.

After the heart attack, it took us about six months to get back into what can be called a regular schedule. I decided to go out looking for a job since the kids were old enough and I knew that we needed a regular income. My first instinct was to talk to the counselor that the hospital had organized to help all of us deal with the sudden death of my husband. He understood my problem and referred me to a career counselor. It was here that the suggestion of going to college was sprung on me. At first I thought the man was kidding. How could I ever go to college at the age of 32 years and who was going to care for my kids while I studied? College was going to absorb my funds and here I was looking ways to make money not lose money.

Interestingly the man had a solution for almost all the problems I presented to him regarding my college. He explained to me that there were daycare options that I could utilize in order to care for the kids. There were courses that I could do part time and even online. There were options to pick an evening college while I worked in the mornings and there were colleges that would give me points if I was working part time too. All the information was overwhelming. The counselor insisted that if I am looking for long term job security then the best way to go ahead would be to get a degree, while I simply continued to battle with the thought that I will be going back to study.

While most other things sorted themselves out slowly, I hit a wall when it came to the fee of going to college. I did not have the funds to spare for a degree and the kids education and home loan was something I just could not afford to mess with. I had taken up a job at a nearby art gallery as an assistant executive but that was for three hours a day and barely paid me anything.

So I went right back to the counselor who had set me out on this path to begin with. By now I was also convinced that if I was going to work seriously, there was no moving ahead without a degree. The counselor gave me a few options in terms of the stream I could choose and also suggested some very practical courses. When it came to the financial aspect of things, we got a bit caught.

My problem was that while I was in need for finances, I was not completely broke. Now this went against me. Most of the grants were for those candidates who were under a certain financial situation. I had savings and was paying a home loan also so these factors did not favor me. Thankfully there was a grant called the supplemental educational opportunity grant (SEOG). The SEOG applied to me rather well and I went on to seek more information and applied for the grant. http://www.singlemom.com/federal-aid/ is a link where I found a lot of information on this grant and also managed to compare it with other options like PELL.

It took me a good six months to get all of this in order. Choosing the course I would do, applying for the grant and finally taking admission was tedious no doubt, but an effort I am today reaping the benefits of. From working for three hours at pittance at an art gallery that was owned by a friend, today I am a corporate lawyer working with a large MNC. I have paid for the house in full and my kids are both doing well too. The fact that I finished college and was able to change my quality of life works in my favor when I persuade the children to follow their education plan.

I often hear a lot of arguments in favor of not getting a degree. The kids often cite names of those who made it big despite not having gone to college but my answer to them is to look at the ratio. Out of every 100 dropout, maybe 2 or three do well financially while in the case of degree holders, the ratio is reversed and there may be only a couple that do are unable to get a decent job for themselves. I am glad I took the step of going back to college. It changed my life in more ways than one. A degree is indeed important, especially today when things are very competitive. Any single moms out there debating if they should get a college degree or not- if I can do it – so can you.