You are here: Home » Single Mom Stories » The Announcement 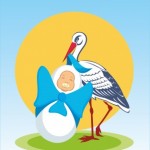 I remember clearly the night she told me. And even though somehow I knew she would, it was still a shock at the time.

Amanda is my oldest child, and my only daughter. Through her young life she suffered many of the  blows that accompany an abusive dysfunctional marriage. She experienced firsthand how alcohol and her father’s horrible temper did not mix. She feared his wrath as we all did, and often hid in her room, while anger and hatred toward him filled her heart.

So it is not surprising that when Amanda entered her teenage years, she was pretty mixed up herself. She acted out in many ways, and was very rebellious. She also suffered from bipolar disorder which only added to her horrible pain and chaos. I did not know at the time how bad things were going to get.

She ran away frequently. She started to shoplift, and more than once I had to bail her out of jail. She dropped out of high school, and very often hung out in the streets, with people that she felt accepted her the way she was. Due to her bipolar disorder she took huge risks, some that she has not shared with me even to this day. There were many nights I laid awake in bed, not knowing where Amanda was, or even if she was still alive.

Due to her erratic and self- destructive behavior, Amanda ended up in the local hospital’s psych unit on four separate occasions. Each time I breathed a sigh of relief, just because I knew for at least a few days she was safe. Each visit to the hospital for her brought me a glimmer of hope that somehow someone could get through to her. That maybe someone could touch a part of her heart that still cared. The despair I felt as her mother during those dark times was almost more than I could humanly bear.  But I still had 3 boys I needed to take care of. I had to somehow stay strong for them.

After Amanda’s forth trip to the hospital, she came back home. She was heavily drugged up with mood stabilizers and anti- depressants. Once again, I hoped this time would be different.

And that is when she told me the news. That sentence still rings in my ears. “Mom, I don’t know how to tell you this, but you need to know, I AM PREGNANT”.

“Pregnant!”  My mind exploded. I was so incredibly weary from being the sole caretaker of my children, that the thought of another mouth to feed was more than I could bear. Amanda was not even able to take care of herself, let alone a child! I don’t think in my entire life before or since, I felt such complete despair and hopelessness.

I ran out of the house, jumped in my car, drove to the closest park, and burst into tears. “Why?? Why?? Why?? Why had my life taken such a horrible path? “ I screamed at the top of my lungs. “What had I ever done to deserve so much pain?? Would it ever end?? How would I ever recover from this? What was I going to do???”

I cried until I could cry no more. Amanda’s life had exhausted me in ways I could never have imagined. And now at the age of 18, after all the challenges I had already been through with her, now she was pregnant.

The days and weeks that followed her announcement were a blur. She decided that she wanted to keep the baby, and while I felt the better decision was for her to give it up for adoption, it was not my choice to make. She went off all the drugs the hospital had given her. I did not know what was going to happen next.

Amanda never did come up with a plan, and exactly 6 months later I dropped her off at the local woman’s shelter. I had had enough.  Maybe Amanda could get more help from them. I truly had nothing left to give. She had done so many things to cause us all so much grief and pain that I had to be firm now.

“You know I love you Amanda, but you are 19 and this is the choice YOU have made.”

Watching her walk away from the car was one of the hardest things I have ever done. And looking back, I’m not sure if I could have done it again.

But in the end, it was the right thing to do. Amanda was placed in a program for young single mothers. They even provided her with her own little apartment when it was closer to her due date. And in December of that year, she gave birth to a very healthy wonderful baby boy whom she named Isaac David. And Mr. Isaac has been a joy to her and her closest companion for over 7 years now.

It has not been easy. Not for any of us. Amanda still struggles with her bipolar disorder, and her life has had many challenges since then. But she is 25 now, finished high school and is attending college. She wants to work with children, and her son has grounded her in a way that nothing or no one else ever could.

There are times in the life of a single mother, or maybe anyone for that matter, when you feel as though you can’t even take one more step. Hopelessness engulfs you like the sea, and you feel yourself drowning. I have been in the sea. I have wept the painful desperate tears of despair. I have fallen on my knees and begged and pleaded with God to release me from the pain, from the situation.

But somehow, somewhere, by a force much greater than my own, I made it through. Or maybe I was carried through, until I was back on solid ground. And things did change.

For although I put Amanda out during a very difficult time in her life, we are now closer than we have ever been. I don’t think anyone on earth knows me better than her. She is an amazingly strong young woman, and Isaac is one of the greatest joys of my life. He is extremely intelligent (Of course I am going to say that) and both Amanda and I know that he is the reason she is still with us here on planet earth.

I know how hard it is to keep going sometimes. I know firsthand how it feels to be completely hopeless. I know the pain of despair. I know what it means to keep getting up each morning even though your heart is broken, because you still have people that need you.

But I also know now, that it can be done. That I did have the internal fortitude even when I did not feel it there. And when I had nothing left, God gave me the strength to carry on.

We all face enormous challenges sometimes. The pain and uncertainty seem more that we can handle. But with God’s help, somehow, someway, we make it through. And we are stronger for it.

I love my daughter and my grandson. I pray every day that God will continue to provide for them and watch over them. Amanda still isn’t where I would like her to be, but she is getting there. In her own time, and in her own way. And that’s all any of us can do.