You are here: Home » Dating Advice and Tips » Dating and Relationships with Kristy » The Beauty Of Being Independent

Are you Miss Independent? We all say we are but I’ve come to realize that there are two different types. The ones who really are independent and the ones who just say they are. But regardless we are all beautiful, strong and completely capable of being independent. 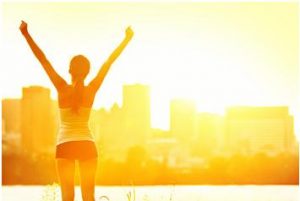 A lot of women say that they are independent because it’s “good” to be independent. People want to be independent because they don’t want to come across as vulnerable to others. Women get scorned, heart broken and judged and they get to the point that they become too “independent” to be with anyone. And actually this is what scares a lot of men off. What guy wants to be with a woman who won’t let him do anything for her because she’s too lost in making it a point that she can do everything herself? I see it all the time. My friends who tell me they “don’t need a man” in that tone that is underlined with anger and resentment or readers who email me telling me they can’t find a man because they’re too independent. Complete nonsense!

We’ve turned being independent into a bad thing that we believe scares men off because they can’t handle an independent woman. I know from personal experience that this is all wrong! When you’re truly independent, everyone loves to be around you!

I’m very independent and it wasn’t until I became so that I started having the closest and best relationships of my life. Not just men but friends too. Being independent isn’t something you should feel you have to prove to anyone. But a lot of women do. A lot of women feel they have to prove that they don’t need anyone and that they can do everything by themselves because if they don’t need anyone, then no one can hurt them. But then you still hear them bitching about other people and situations. This isn’t being independent. This is being scared. When you walk around with the attitude that you don’t need anyone and that no one can touch you, let me call you out and say…you’re just scared of being hurt so instead, you push everyone away.

You live your life freely. Since your feelings and sense of self is not connected to anyone else, you live the way you want. You don’t care what others think of you because you know that how you are the one who chooses your life. You can be stuck in rush hour traffic and noticing that everyone around you looks as though they want to kill someone and you’ll be happily singing and dancing along to your jam on the radio without a care in the world. Because you know that you can live however you want…whenever you want.

Drama free. One of the best things about being independent is that you steer clear of drama. It can’t touch you because again, the way others choose to live and act doesn’t is completely separate from your life. When you realize that everything you do and feel is completely under your control then you know that the only way others negativity and issues can bother you is if you let them.

Confident. Women who are truly independent radiate confidence. No, this doesn’t mean that they walk into a room and intentionally grab the bull by the horns (so to speak) because they don’t have to intend to do so. The unique and pure confidence they radiate captures everyone’s attention. These women trust in themselves before anyone else and they tend to how they feel first so they are always in a good state of being. They don’t mold to the crowd trying to please everyone and guess what happens? Everyone senses that these women possess an inner sense of being and they gravitate towards her.

Appreciative of others. Women who are independent don’t feel they have anything to prove and they have no problem letting others do things for them. And when others do things for them, they don’t feel a sense of weakness. They feel appreciation for the other person. This is what I was stating earlier about women claiming to be independent and scaring men off. Women who are actually insecure but try to hide it by trying to convince people that they’re really just independent feel weak when a man tries to help them with something. A lot of times they think that someone is trying to help them because the other person sees them as weak. But a woman who is truly independent knows first and foremost that she is not weak and that she is worthy and when someone does something for her out of the kindness of their heart, she’s sees this as an expression of knowing her worth. She is appreciative of this and accepts acts of kindness with gratitude. People want to do things for her and she knows she is worthy of this and repays them with appreciation. Appreciation is the closest feeling to love.

Exciting! When your life is independent of those around you and societal ideals, the possibilities are limitless. You feel as though you can do anything you want and have anything you want because you know that the only one who can stand in your way is you. No one can tell you what you should do and you know there is nothing standing in your way. You are excited about life!

Full of Love. One absolutely wonderful thing that happens when you become truly independent of others is that you aren’t afraid to let people into your heart. You allow yourself to be seen and you’re not afraid to love others because you know that no matter what you’re the only one who can break your heart. People will come and go from your life but you are always there for yourself. Your happiness is never dependent on others and because of this you focus on the good others bring to your life. And if they leave, you let them do so without anger because you’ve come to appreciate what it means to follow your path and you also appreciate it when others follow theirs.

When you are truly and honestly independent, it just feels good and powerful. It’s free of fear and expectations. Your every experience in life holds good things because you are free to see the good in everything. There is no fear, no anger or resentment because you are in control and you have the power to be as happy or as sad as you want. You realize that while your past has a part in making you who you are today, it will never control you.