A must-have guide to dating

In THE DATING MOM'S THRIVE GUIDE, author and media personality (BOUNCE 23 TV Columbus) Donella Martin Braddix gives it to you straight, no chaser. Why just survive, when you can THRIVE? Topics include: Should you date or take a break? Are there any benefits to risking having a rebound relationship? Should you include the children as part of the dating process? How can you protect your children from sexual predators when you're dating and the types of potential partners to avoid: the 'fixer-uppers' and the 'unavailables'.

Written with humor and honesty Donella's book inspires all women to remember that, regardless of socio-economic status, race or marital status, you are far more than a statistic and you have the power to manifest your hopes and dreams in the dating world and beyond! 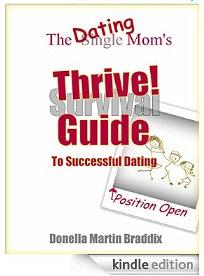 The End of An Era

Should I Date or Take a Break?

Making Your Children a Part of The Courting Process

Read below excerpts from the book, which is available on Amazon. 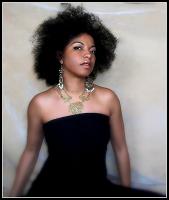 Donella Martin Braddix is an author, media personality and longtime educator. Self-described hippie- DIVA-nerd, Donella has always been fascinated by what it means to be human and in her writings, strives to reveal the complexities of the human experience. She loves penning self-help as, since, as a little Brooklyn girl playing school, she's been loving telling people what to do!

Author of The Dating Mom's Thrive Guide To Successful Dating, Donella is also a contributing author to the book "Women Reinvented" by LaChance Publishing. When she is not teaching English and Social Studies, she can be found on BOUNCE 23 TV (Columbus) as a regular panelist on the controversial talk show, "Khari Free At Last".

Visit her website, TheDatingMomsThriveGuide.com and enjoy her daily pieces on mommyhood, self-esteem, dating and more!

When it comes to managing the duties of wifedom and motherhood, a girl will probably go to her grave a lot less exhausted than a woman who only had to basically worry about herself.  I assumed that everything that a wife and mom does for the upkeep of her family is out of deep love, but that doesn't ... END_OF_DOCUMENT_TOKEN_TO_BE_REPLACED

If you are relatively fresh off an ended relationship, the tendency is, a lot of the time, to take yourself out of the dating pool for some rest or contemplation time.  And there's nothing wrong with that.  In fact, a dating break can be a good idea. Two years before I actually married, I went on ... END_OF_DOCUMENT_TOKEN_TO_BE_REPLACED

Eventually, I knew I had to make a decision.  The bottom line was that I was not doing a great job of being happy in the midst of living separate lives.  While we had been doing it for years, I was starting to wonder if I wanted my daughter to witness us barely communicating and see that as normal.  ... END_OF_DOCUMENT_TOKEN_TO_BE_REPLACED

It's not like I was scared of being alone.  I had been single 'til the age of thirty-five.  I knew that I could live happily and healthily without a significant other.  But now I had a child and with all the things I prided myself on: doing things the right way (being educated, being married, ... END_OF_DOCUMENT_TOKEN_TO_BE_REPLACED

Break-ups hurt, but, breaking up a family hurts like hell. The minute I mustered up enough courage to actually entertain the idea that my marriage was not going to make it, I was thrown into an immediate depression.  I was miserable.  Not so much for myself.  I knew that I was still relatively young ... END_OF_DOCUMENT_TOKEN_TO_BE_REPLACED

We're no longer going to focus on the disappointments of the past.  We're no longer going to believe that the only men we can attract are fixer-uppers, men that we have to nurture and raise and get to the point where they can be what we and our children need.  (we've already got children. We don't ... END_OF_DOCUMENT_TOKEN_TO_BE_REPLACED

As a teacher and a mother, I have a special soft spot for children.  I believe that all children should be loved, cherished and above all, protected.  Nothing burns me up more than parents who think their job as a parent is done as long as shelter, food and clothing are provided.  Children need so ... END_OF_DOCUMENT_TOKEN_TO_BE_REPLACED

The statistics can get pretty grim, in terms of the amount of children of single parents living in poverty, especially, and the disparity in education, income and marriage rate for Black women compared to their White counterparts. But this book isn't about statistics, because, as I stated before, ... END_OF_DOCUMENT_TOKEN_TO_BE_REPLACED

How did you arrive at the destination of dating mom?  Are you fresh out of a marriage, a long-term relationship or was it complicated?  Are your beautiful children the glorious products of a decades-long marriage "sanctified by God and the State", a one-night stand, or a sperm bank (or turkey ... END_OF_DOCUMENT_TOKEN_TO_BE_REPLACED