You are here: Home » Dating Advice and Tips » Dating and Relationships with Kristy » The Exes Meet The New Me

It’s funny how life teaches you lessons if you’re open enough to learn. Lately my ex’s have been trying to sneak their way back into my life one by one. It’s like they could sense that I’ve finally moved on and they all got together and tried to come up with a plan to reel me back in. Unfortunately for them I’m too far gone now. But it’s not because I’m angry or because I’ve met someone else. 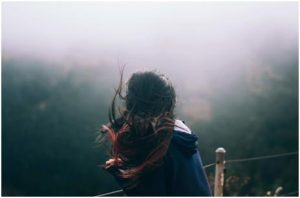 I can name about four exes that not too long ago I would’ve run back to in a heartbeat. Being the hopeless romantic I am, I fall hard and I trust easily and while that is something about me that I love, it used to make getting over someone I love pretty hard. So I kept running back every time one of these guys would beckon me and it was a ridiculous game I played but not anymore.

The other night as I lay in bed about to fall asleep my phone lit up with a text.  Curious I picked it up to see who it was and it was one of them. A guy I had dated for a while on and off and I was totally crazy over him! It had been about a year since I had talked to him and he was with someone else. I laid there in the dark staring at the ceiling with my cell phone pressed between my hands. I tried to reason with myself that he was just being friendly and wanted to see how I’m doing but who was I kidding! He’d never treated me as just a friend and it was the middle of the night. I knew this wasn’t a simple friendly text but I still laid there feeling unsure about what to do. That’s when my thoughts somehow drifted off to a mental picture of me. A beautiful woman who makes honesty and grace a priority with two young kids, 2 cats, a small but beautiful apartment and exciting plans to finish grad school and take my kids to Italy. I have a beautiful life and I gave it to myself because I love myself. A little voice in my head chimed in and said “I choose me”. So I put my phone down and decided from that moment on there was no going back. No more re visiting my past because I’m no longer that woman. I’m happy now and from now on I’m choosing me.

It’s pretty common for an ex to come back but before you take him back you have to ask yourself two questions. What is it that you want in a relationship now? Through every relationship we learn a little more about what we want and you have to keep up with that. There’s never anything good that you don’t deserve so don’t feel guilty about wanting certain qualities in someone. And if you don’t know what you want, that’s okay too because I bet you can at least name what you don’t want. As for the second question, did your ex meet these qualities when you were with him (or her)? Were you happy with your ex? Maybe they have changed but you can’t bank on that. Not even if they swear up and down that they’re different now. People don’t change for other people. They can only change for themselves and it’s not up to you to find out if they’ve changed or not. So…. If you know what it is you want or at least what you don’t want and you know without a doubt in your heart that your ex was back then what you want now, then maybe it’s time to give them another chance but not until you read my next point…

Every day we become someone new. You aren’t the person you were yesterday but all too often we get stuck in the past because we’re afraid to trust ourselves to move into the new and wiser person we are today. But no matter how hard you try, you cannot be the person you were yesterday. And why would you want to be anyway because whether or not you believe it, life has caused you to become a more beautiful version of yourself today. Be that person and embrace your new place in life. Choose yourself here and now without looking back and don’t try to be the person you were yesterday to be with your ex. If it’s the old you that they are wanting, then you need to move on. Anyone who deserves to be with you will come to where you are and they will cherish the growing and expanding being that you are. They will never expect you to go backwards. So if your ex can be with you and love you for the person you are now and the new person you will be tomorrow then I’m happy to say he just might be worth it.

So one by one, I’m telling them that I’ve moved on and one by one my heart is feeling lighter and more free and it’s not that I’m telling them they can never win me back. But I’m choosing me first from now on and any man who wants me in his life will have to meet me where I am now. I’m on cloud nine and there’s no going back for me…ever.