You are here: Home » Dating Advice and Tips » Dating and Relationships with Kristy » Why Sleeping With Your Ex-Husband Will Only Hurt You 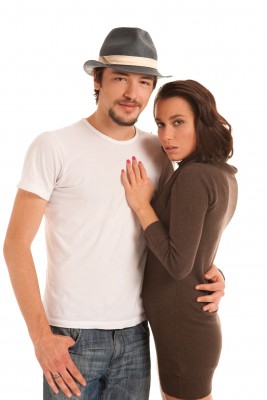 This is a problem I thought was only significant in the world of dating but apparently as I’ve recently learned it’s also happening between divorced and separated couples!

Ending a marriage is emotionally difficult. I know when I got divorced, there were so many times I felt alone and I wanted to run back to my ex-husband for a visit down memory lane that would take away my loneliness. Fortunately, I never did.

Then of course there are our physical needs. We all want and need the physical benefits of sex. The physical bonding of sex can be so strong that it’s been proven to directly affect our emotions.

Well, I was recently talking to my good friend and she asked for my advice. Her ex-husband had casually brought up the idea of continuing a “friends with benefits” relationship. What was even more surprising is that she was seriously considering it!

Now of course I do my best to not judge people and to give my most honest and caring advice. I asked if she honestly wanted my advice and after she replied yes, I told her we both needed to sleep on it for a night. After thinking about it for a while, I gave her my reasons for why she shouldn’t sleep with her ex. Now I’m going to give you the same advice. Here are my top five reasons from least to most important.

Good sex does not happen without some sort of emotional connection. No matter how good it was before, it won’t be as good now because the connection you had has at the very least changed. You got divorced because either the connection you once had is gone or changed and so is the sex you once shared. So don’t expect a trip down memory lane if you sleep with your ex.

4. Divorce and separation are black and white.

This is not dating. The same rules don’t apply. If you have both made the decision to sever your bond, then you need to move on from all dimensions of the relationship. The only dimension that should still remain intact is parenting. Having sex with your ex forces the separation into a gray area no matter what because you’re still bonding intimately. This gray area provides a bridge for emotional expectations. One or both people will develop expectations that will keep you from moving on. You can’t possibly move on if you’re still intimately connecting with the man you used to “share everything” with!

3. Sex will not make him fall in love with you all over again.

Yes, there is an undeniable emotional bond between two people who are physically intimate but love requires a lot more than just sex. It requires a mutual respect and desire to put someone else’s needs before your own. Neither of which the two of you have. Because if you were truly in love, chances are you wouldn’t have separated. So if you’re trying to get him to fall in love with you and whisk you back to the altar, sleeping with him will only disappoint you. There’s no magic spell to make someone fall in love with you. Chances are you are only going to get more hurt.

2. The kids could get hurt.

Kids are very intuitive and there’s a good chance they’ll pick up on the fact that the two of you are still “hanging on” which will only confuse them more. Of course they’re not going to know that you’re still having sex unless they’re old enough but they’ll pick up on the heightened emotions when you are both around each other. If they sense that you’re still sharing a bond, it’ll give them a false hope that “mommy and daddy” are getting back together. Instead of moving forward, their hopes of becoming a family again will only set them back and hurt them more.

1. Your self-respect is too important to risk.

This is my number one reason because there is no pain worse than losing all respect and love for yourself by risking your heart for someone who doesn’t deserve it. You cannot control who you develop feelings for. No matter how much you try to play it off as “just sex”, eventually you’re going to start seeing it as more. Once you get to this point, there’s only one direction you’ll hope for. What then, when he tells you he doesn’t want you back? You’ll be heartbroken and feeling more alone than you ever felt before. Your love for yourself is too precious to be put at risk like that. If you’ve made the choice to move on, then you need to shield your heart and trust your instincts.

Perhaps the reason we don’t hear about this happening amongst divorcees is because instinctively, we know it’s very wrong. So all in all, I say, listen to and trust your instincts. You know what’s best for you, so trust yourself.