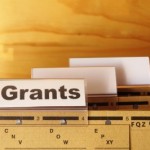 The Federal Pell Grant is the foundation of federal financial aid. It is awarded to undergraduate students who have not yet earned a bachelor’s or a professional degree. The Pell Grant can be also awarded to post baccalaureate students enrolled in teacher certification programs.

The Pell Grant program is the single largest source of grant aid for postsecondary education – the centerpiece of President Obama’s strategy to make sure students can afford to seek higher education and successfully complete a postsecondary credential. Thanks to the landmark investments in Pell Grants since the beginning of the Administration, in 2013 over 9.7 million students will receive Pell Grants worth up to $5,635. The program operates as an entitlement to eligible students once the maximum grant, award rules, and payment schedule are establis hed. The Higher Education Act does not provide for the denial of an award to any student who meets the qualifying conditions, nor does it allow the Secretary to reduce any student’s award level.

More recently, to further address program cost issues, the Consolidated Appropriations Act, 2012, made several statutory changes to the Pell Grant program that are estimated to produce a savings of more than $750 million in fiscal year 2013. These changes, which become effective on July 1, 2012, include:

Student participation: Students may use their grants at any participating postsecondary institution. Pell Grants are disbursed to the student through the institution. The Pell Grant program is the largest source of grant aid to students under the Higher Education Act, with approximately 27% of all undergraduates receiving a Pell Grant.

Recipients must be undergraduates and cannot have received a bachelor’s degree previously (with the exception of certain teacher certificate programs), and must be enrolled with the purpose of obtaining a degree or certificate at an eligible institution. Students must also have a high school diploma (or its equivalent) or a demonstrated ability to benefit from the training offered by the institution, as shown by a passing score on a test approved by the Department. (However, as noted above, the Consolidated Appropriations Act, 2012, will no longer permit individuals to qualify for a Pell Grant by passing an ability to benefit test, effective as of July 1, 2012.) Less than full-time students are eligible for pro rata awards based on their enrollment status.

A student in default on a loan made under any Title IV HEA loan program, or who owes an overpayment on any other previously received Federal student aid, may not receive additional funds under the program unless he or she repays the debt in full, or makes satisfactory repayment arrangements with the holder of the debt.

Find out more about Pell Grant