You are here: Home » Dating Advice and Tips » Dating and Relationships with Kristy » I Don’t Want a Relationship – I Want Something Much Better 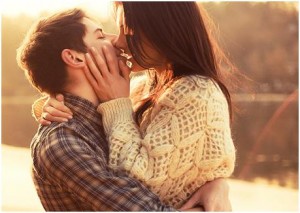 A relationship, it’s what we’re all looking for, right? I spent a lot of time in my twenties daydreaming about being in a relationship that would turn into a marriage and kids and so on and so on. I wanted to be with a really attractive man who could give me a secure relationship. Security in all its senses; financial, exclusivity, emotionally. So I went out on quite a few dates with men I felt fit this description and finally I found one! I was at the prime of my life with a lot of years ahead of me and now I’d found an attractive man who wanted to give me the fairy tale relationship. We got married, had kids (not exactly in that order but whatever), had a house and life was perfect! He bought me flowers occasionally, showed me off to his friends, took me on vacations, bought me jewelry, let me be a stay at home mom, made sure I was safe and gave me a wonderful “relationship”. But as I soon found out, there was one HUGE thing missing.

What I’ve learned is that a relationship was never what I wanted. A relationship is just a nicer word for a functioning partnership. A relationship is something we make and control because we feel we are entitled somehow to someone else’s devotion and commitment but love, real love is not something that can be controlled or even predicted. And why should it be? Do you want something you have to plan and control? No! Because that is where the worry and stress come from. Feeling that we are entitled to someone else’s heart and that we somehow have control over the relationship makes us worry and expect things that shouldn’t necessarily be.

So what are connections in this sense? A connection is feelings that you share with someone when they are in your life that you don’t share with anyone else. These feelings can be anything but the value in them is that they create an undeniable force of attraction between you and the other person. So much so that when they aren’t around, you miss them. A connection is something so strong that you can deny it all you want but it’s still going to happen because it’s not anything you can control. Connections happen under the most “inconvenient” circumstances and sometimes we push them away because they aren’t convenient.

In high school I met a German exchange student and even though we were from different parts of the world, we clicked instantly! He just seemed so carefree and oblivious to everything around him. He felt nothing like the pressure of trying to fit in with the rest of my high school peers. I remember the first day I saw him; I was in complete awe of his long blonde hair, blue eyes and rebellious leather jacket. He walked right up to me after German class and said “Tell me your name” in German. From that day on, we spent a lot of time together. My mom still doesn’t know but I would sneak out of the house at night and pick him up in my car and we would stay up all night making out talking about how I was going to visit him in Germany one day. Then he had to leave but we exchanged addresses and continued to write each other every week. I missed him so much and maybe it was because I was a kid but I never tried to understand the connection we had. I just enjoyed it in its purity. We lost touch for about 10 years (when I moved) and then one day I heard from him again. He told me he was coming to the U.S. and wanted to see me. When he got here, it was as though nothing had changed! That innocent connection we had discovered in our teenage years was still there. We promised to keep in touch this time and we have. Who knows what will happen but I feel incredibly lucky to have found a connection like ours. It’s precious to me and something I could never share with another person. And we never needed to establish a “relationship” because what we have is so strong it can’t be destroyed. We don’t control it and we are at the mercy of the forces of this connection and that’s exactly how it should be.

Just recently, an ex and I tried to get back together. I threw out all expectations and decided to let go completely. No expectations, no commitment, just let our hearts guide us. I wanted to take things slow, very slowly but when he found out I was seeing other men, the expectations and demands to be exclusive came rushing in from his end. This was the ultimate demise of anything we had. The delicate freedom and happiness we had together crumbled to control, expectations and jealousy because my seeing other men made him insecure. What he didn’t know was that I was so in love with him that all these other men didn’t matter. That I loved him so much I wanted him to feel free. I didn’t want to control his heart and that was why I threw exclusivity out the window. He was free to see other women. He was free to do whatever, whenever because I knew the connection we had was so strong it couldn’t be shared with anyone else. I didn’t worry about who he was with or what he was doing so long as he was happy. In that freedom that we gave each other, I was so happy. It was an amazing feeling and even though that connection will always exist, I had to leave it because there was no longer freedom in it. The delicate connection we shared was overrun by his jealousy and insecurity.

Now, if a guy tells me he wants a relationship, I practically run! Yes, I realize this makes me sound like I’m emotionally unavailable but that’s completely the opposite of the truth! The truth is that what I want is something so strong and deep that the need to label it or establish it with expectations isn’t necessary. I want someone who loves me so deeply that my freedom is important to them. That they can put my freedom above their own selfish needs. I don’t want to be tied down by expectations.