There are two kinds of fear. Fear of real harm and fear of failure but all too often we let both kinds control us the same way. You wouldn’t run head first into a burning building right? What about taking a chance on a lifelong dream even though you know you’re probably too old at this point to fulfill it? A lot of people would just continue to daydream about it and not take a chance. These two fears make us feel differently but we allow both of them to have the same outcome when we shouldn’t! We allow both of them to hold us back in their grip. There’s the fear of real harm and the fear of imagined failure. The second one should never hold you back. I learned how to use this kind of fear to actually empower me. I want to write to you about it because my new way of looking at fear has brought me a tremendous amount of love and I believe everyone should feel this kind of self-love. Let me start off with a few examples. 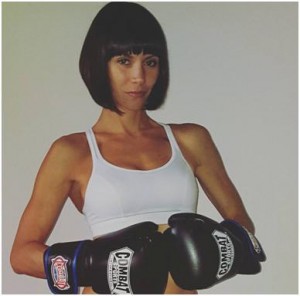 My fear of letting someone in. For so long I would unknowingly avoid emotionally available men because I was scared of being in a relationship. Even in my marriage! Looking back now, I realize that every man I’ve been involved with for one reason or another was not emotionally available and you know what? Neither was I! These were the type of men I attracted. Sure I had some strong connections with a few of them but I always knew in my heart that they would end up leaving so I didn’t have to worry about them getting too close to my heart. The ones whom I feel could find their way into my heart I would turn stone cold to because they triggered this deep fear that now I know I was mistaking for disinterest. As soon as the emotionally available men would show any interest in me, I would turn them down with no hesitation and I would continue my destructive path of falling for men I intuitively knew would never last. But I’m a much different woman now. I got tired of the heartache and feeling like love was impossible and I learned to love myself. This fear still creeps up sometimes when I become involved with certain men (emotionally available) but instead of letting it hold me back, I let it empower me. I use it as a realization that I need to step into the unknown with an open heart and let my guard down a little. I realize now that letting someone get too close to me emotionally is not only a fear but the one thing that will lead me to lasting love. I’m afraid of it because it means a lot to me and I want it and now that I can see this fear for what it is, it will never hold me back again.

My fear of not being able to protect myself or my kids. There aren’t a lot of people that know this about me and I’ve just recently accepted that it will always be a part of my life but when I was 25, I was raped by a friend. I was afraid for my life that night and I’ve never been so thankful to walk away from something with my life. However, the feelings and fears I’ve had to overcome since then have been nothing shy of exhausting; shame, anger, an unrealistic fear of being harmed again and what I now know is the most powerful fear I acquired from that, the fear of not being able to protect myself or my kids. That night, I lost all confidence in my ability to protect myself and it wasn’t until I took up the most aggressive form of martial arts that I realized this!

I remember the night of my first Muay Thai class, this familiar fear crept up in me and I wanted to barricade myself in my house behind locked doors like I had done so many times in the last ten years. But thanks to my efforts at strengthening my confidence over the last few years, I refused to let my fear get the best of me. So I went to class and that fear followed me and grew once I realized that compared to everyone else in the class I was the smallest one there! I remember not even being halfway through the grueling hour of class and feeling so tired and physically wanting to give up but that fear kept me from doing so. I became angry at that fear for having kept me from living a big part of life for so long that it became my target with every punch and kick and I wanted more and more until I felt that I was conquering it. That night left me with bruises, a broken toe (from kicking so hard), an incredibly tired body but with a new sense of strength and confidence. So with arms and toes bandaged, I went back for more! This incredibly strong fear that I’ve suffered from for way too long has become my new best friend. It pushes me further than I think I can go and with every punch and kick, it gives me more and more of that confidence back that had been taken from me. And my kids? They’re learning how to fight too.

My fear of failing. Ever since I became a single mom, I’ve desired to go back to school and pursue my masters so I could become a nurse practitioner but it always seemed impossible. I’m either too busy or school is too expensive or I’d even tell myself that it would take precious time away from my kids. But what really held me back the whole time was being afraid of failing. What if I got into school and then couldn’t finish because of all I mentioned above? What if I’m just not smart enough? Basically, what if I fail? Those thoughts ran through my head every day until I could no longer take it. I had two options, I could either let that fear hold me back and never pursue my dream or I could turn it into strength and kick ass in school. It took me a few weeks but I constructed a very detailed plan on how I would go about getting my masters and I’m happy to say that I’m doing it now! That fear of failing still hits me now and then because I don’t always know how I’m going to keep up with the intense demands of school, working full time and being a single mom but I let that fear be a reminder that I’m afraid because this means so much to me. Because it means so much to me, I deserve it.

One trick I learned is that if there is something you’re thinking about and it triggers fear, go to a quiet place and close your eyes. Relax your mind and focus on your breathing to quiet any thoughts. Once your mind is clear of all thoughts, bring the issue you’re feeling afraid or anxious of to your mind and give your mind a few options. Imagine what the outcome of each option would feel like. Detail it as much as you can and really feel it. Which one feels best? That’s the one you should go for!

Let your fear be a guide to you. Ask yourself why you’re afraid? If it’s because you might get attacked walking down that dark alley by yourself then don’t do it! But if you’re afraid of doing something because it has deep meaning to you and you know you could get hurt, do it! Why? Because while you may get hurt, chances are more likely that you’re going to gain something so amazing and true to you and your path in life, and because that’s exactly what you deserve! You deserve to feel amazing, you deserve to feel loved and to be your best but you can’t have all these things if you let fear hold you back. So use that fear to see what it is you want and need and let it empower you!