You are here: Home » Single Mom Stories » Soulful Stories On Momhood by Erin » On Motherhood, Solitude, Anonymity, and The Ocean

I’m a creature of solitude. I’ve been so since I was a child, when I would happily shut myself in my room for hours, reading and writing to my heart’s content. Before I had children, when I was in my very young twenties, I traveled the country a lot, often times alone. I once drove myself from my home in NY to California and back, happily solo. 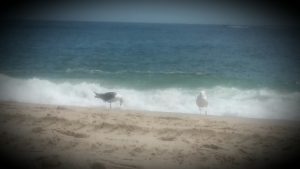