You are here: Home » Advice and Tips » About Parenting » Tips for Single Moms Raising Sons 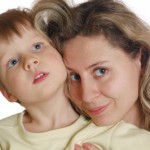 Fathers play a very important role in the lives of their children and when the child is a son then the need of a father is even stronger. As a single mother, we often find that raising sons can get to be quite a handful for us. There are certain demands of a male child that are best fulfilled by a father bonding. Single mothers will definitely need to keep some tips in mind when raising sons so as to ensure a wholesome development for the kid.

Below are some tips that will help single moms in raising their sons :

As a single mom it can get a bit confusing to raise a son especially when the child begins to grow up and hits puberty. Do keep in mind that your son’s gender should not become a bane for him just because his father was not around to raise him.